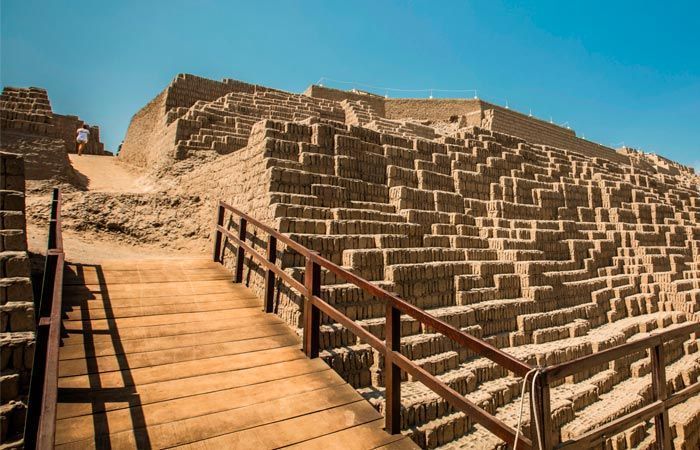 Welcome to the bustling capital city of Peru – Lima. One of the largest cities in South America, you could easily spend at least a few days exploring. You will come across pretty much anything you can expect from a large city. From outstanding restaurants selling local cuisine, colonial architecture, busy shopping districts and a vibrant nightlife. But what about those hidden unexpected treasures that you didn’t know were there? Some of the best memories of a place are the unexpected little gems that you won’t necessarily find in a guide book. Here’s our top 8 unusual things to do in Lima!

At the heart of the Miraflores district you will find Kennedy park. Named after John. F. Kennedy, this colourful public park is a popular place to sit and people-watch over a coffee. But most interestingly, has also become a haven for local cats over the years! A quick stop in the square and you’ll find yourself bumping into a number of friendly felines who unfortunately do not have homes, but are part of a local adoption scheme that was setup by a feline adoption association called ‘Gatos Parque Kennedy’ who are in charge of feeding and looking after the cats who wander around the park’s gardens on a daily basis.

We’ve all heard about Peru‘s incredible history and famous Incan sites, but did you know you can also visit some of them in Lima? The archaeological complex of Huaca Pucllana is just one of many which you can visit. The site is known to have been built around 500 A.D and is located in the district of Miraflores. As well as Huaca Pucllana, there is also the ruins of Pachacamac which was once an important place of worship that adopted the local god into it’s pantheon. If you’d like to visit the ruins of Pachacamac, it is recommended to join a tour as the settlement is about 25 km from the city centre of Lima.

When you think of Lima you probably wouldn’t associate it with beaches or as a top surfing destination. However if you are spending long enough exploring the city, you’ll definitely come across its nearby beaches along the Pacific Ocean. Some of the top surfing beaches are Punta Rocas and Pico Alto located in the district of Punta Hermosa. Pico Alto is especially popular for catching some of the highest waves in Peru‘s coast. The most popular place to catch a wave is La Herradura. It’s the closest break to the city of Lima (about 15 minutes drive) and is often referred to as one of the best waves in all of Peru!

4. Experience the changing of the guard

The Government Palace at the heart of the city’s historical centre is home to Peru‘s president. The location of the palace has a significant spiritual meaning, situated opposite the highest point of Lima and stationed on the banks of the Rimac River. Whilst entry into the palace is restricted, if you visit and stand just at the front of the gates before midday, you will be able to catch the changing of the guards which takes places on a daily basis. Then behind the palace is the Peruvian House of Literature, which is also definitely worth a visit. It’s an old, converted train station which has been transformed into a reading room for Peruvian works!

A visit to Lima isn’t complete without taking a guided walking tour of one of the most famous churches. The church of San Francisco in downtown Lima dates back to the 1600’s and not only houses ancient religious texts belonging to the monastery, but is also home to its famous catacombs where over 75,000 bodies have been buried. Many of the skeletal remains have been stacked creatively in different patterns for visitors to see. These catacombs are the second largest in the world, with Paris taking the lead.

If you want some nightlife that’s a bit more authentic than your usual club blaring out chart-topping music, party like the Peruvians! Pena’s are venues which play traditional, live Peruvian music and offer up a much more authentic experience of a night out. The actual building could be anything from a big town-hall venue to small restaurants to even someones house. They are dotted all over the city but one of the best ones to visit is Don Porfirio. Be careful though, some have cottoned on to tourists wanting in on the action and as a result have become a little over-touristy, inviting visitors on stage to learn traditional dances.

If you have any spare time during the day and want to escape the heat for a while, a stroll around Parque de la Reserva is always met with a smile. It’s a beautiful, serene spot amongst a busy city and is perfect for getting back a bit of energy. However – at night, the place comes alive! For 4 soles, you can purchase a ticket to see the famous fountains light up and dance against the ink-black sky. The light shows are captivating, vibrant and beautiful – you will definitely be happy you didn’t miss out!