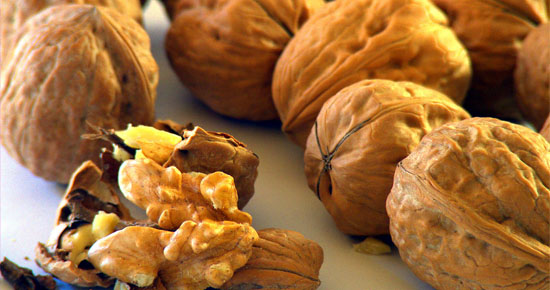 The high quality of these products, added to a considerable demand for them in Europe and their counter-seasonal nature could turn Chile into one of the main nut exporters in the world, with sales projected to increase to 40,000 tons by 2012.

At present, Chile exports more than US$ 12 billion in foodstuffs and is ranked among the top 16 countries in the world in this sector. Salmon, wine, avocados, berries, vegetables, algae and hake are some of the more relevant Chilean products on the international scenario. However, for the past few years a new Chilean product is being marketed that is a treat for the more sophisticated palates of the world: nuts.

Made up mainly of walnuts, almonds and hazelnuts, this relatively new line of business is advancing slowly but surely on the international market. And although Chile is still a small actor in the field –contributing only 5% of world walnut exports, according to ProChile– the sale of these products increased by nearly 40% between 2008 and 2009, with 26,000 tons of walnuts exported in 2009. Exports are expected to increase to around 30,000 tons in 2010, and to 40,000 tons by 2012.

The Minister of Agriculture, José Antonio Galilea, who was present at the Exponut 2010 event that took place at the end of April of this year, highlighted the strong drive of this industry and stated that according to the entrepreneurs’ estimates, an increase in walnut plantations would make it possible to double exports over the next five years. “If other species are incorporated (almonds and hazelnuts), the nut industry could exceed US$ 300 million in exports”, he asserted.

Moreover, the balance between supply and demand in the world markets is currently favorable. Vittorio Bianchini, Vice-president of Chilenut, an association of walnut producers and exporters, explained that the global increase in the demand for these nuts is higher than the growth of supply. The quality of the nuts, and walnuts in particular, and their counter-seasonal nature, are some of the advantages the country possesses to become an exporting power in this sector.

In order to make the minister’s figures a reality the sector needs to undertake a comprehensive effort to enhance the expertise of the actors involved and further improve the quality of the product. In this context Chilenut, in conjunction with the Universidad Mayor, organized an International Diploma Course in Walnut Production, Processing and Export, a program that will be conducted yearly and started up on 30 April last.

Additionally, in the course of this year Chilenut launched the publication «Datanuts & Nuts 2009″, a text that contains export statistics as well as updated contact data for exporters and importers.

Nuts for Europe, Russia and Japan

Europe is the main export market for these products, because a large part of its inhabitants base their nutrition on a Mediterranean diet, where nuts play a key role together with other vegetarian products such as fruit, vegetables and legumes. Spain, France and Sweden are the main recipient countries for these healthy products.

Moreover, and with the aim of capturing a greater share in other continents, Chilenut carried out prospecting in the Japanese market, with very good results. They plan to do the same this year in Russia, which is considered to be a country where demand for nuts shows strong growth potential.