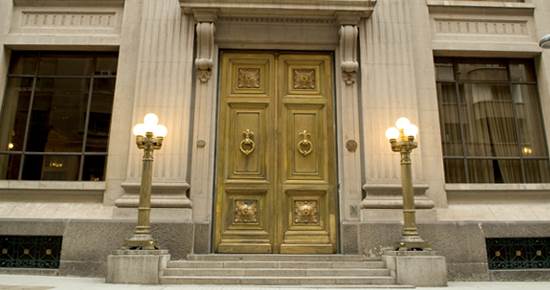 Noted for its stability and sustainable growth, Chile is one of the great economic success stories of Latin America.

Among the most developed nations in Latin America, Chile is also home to one of the region’s most stable and robust economies. The third quarter of 2010 recorded 7 percent growth in GDP, bringing the year to a close with an impressive 5 percent growth.

Over the past decade, rates of economic growth have hovered around five percent annually, centered on industries like mining in the northern deserts, fruit and vegetable production in the fertile central valleys, and salmon fisheries in the south.

With consistent, sustainable growth and ever-expanding free trade agreements with markets representing roughly two thirds of the global population, Chile is on the fast track to becoming one of the region’s most influential economies, bolstered by a population enjoying some of its best infrastructure and social programs.

Driven by a broad diversity of products and industries, the Chilean economy stands on the sturdy pillars of mining and agriculture, but is also rapidly drawing creative and entrepreneurial forces from around the world, developing its tech, film, and biochemical industries as well.

Copper production is the backbone of the Chilean economy, providing one third of government revenue, according to the CIA World Factbook. Chile produces a third of the world’s raw copper, all the while diversifying its mineral exports by adding large volumes of molybdenum, gold, lithium, iodine and derivatives of nitrates. In 2010, copper exports surpassed US$40 billion, about 15 percent of total GDP.
Agriculture

Wine is probably the most famous of Chile’s exports among the general population. Chile is already the seventh largest wine producer and fifth largest exporter in the world, aiming to overtake Australia as the largest in the New World by 2020. As of now, Chile exports US$1.5 billion worth of wine annually, just under 3 percent of the value of total national exports.

Most shoppers take less account of the provenance of their produce than their wine, but for many people around the world, apples, grapes, berries and kiwis purchased in the grocery store might very well be Chilean. Fruit exports to Europe have doubled since 1990, and total agricultural exports increased 11 percent in 2010, reaching US$6.8 billion. New technologies in Chile are also contributing to research programs to develop new types of hybrid fruits for the foreign market.

Chile’s aquaculture industry, which focuses on commercial salmon and trout production, has become the second largest in the world after Norway’s, reaching exports of US$2.4 billion in 2008, and consistently growing since.

Mining and agriculture contribute most to Chile’s consistently growing exports. In 2010, Chile’s total exports exceeded US$64 billion, despite the economic damage done by the devastating earthquake in February of that year.

Growth in exports has been aided by reduction of tariffs, association agreements, partial scope agreements, and the expansion of free trade agreements that have opened markets with more than four billion potential consumers to Chilean goods. Some recent agreements have included those with Canada and South America’s Mercosur group (including Argentina, Uruguay, Paraguay and Brazil) both in 1996, the European Union in 2002, the United States in 2003, China in 2005, Japan in 2007 and Australia in 2008, amongst others.

Joining the Organization for Economic Cooperation and Development in 2010, Chile became only the second nation in Latin America (after Mexico) to join the group, a key benchmark in the push toward development. More recently, the organization’s Secretary General said Chile stood in a good position to join the G-20 in the near future.

Though Chile continues to face a poverty gap, economic and social policies are regularly implemented to combat poverty and ensure that the nation’s increasing wealth is distributed fairly. In the last 20 years alone, the poverty index has dropped precipitously from 38 percent in 1990 to only 11.5 percent in 2009.

One of Chile’s most important policies in recent years has allowed for the rationing of funds generated particularly by the growing copper industry in order to bolster the economy in times of global financial distress.  This policy and others allowed to Chile to emerge from the global financial downturn practically unscathed.

Chile is also at the forefront of Latin America in terms of GDP per capita, with US$15,500 per person according to 2010 estimates.